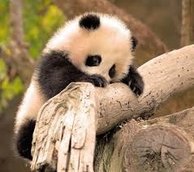 My yoga teacher shared a story last week that I love.
His five year old son recently went cross country skiing for the first time.
The boy loved it!
His dad noticed that whenever his son fell down, his son talked aloud to himself.
The words he spoke were enthusiastic, joyous, and confident.
“He’s down, but he is back up!”
“You got this! C’mon, you got this!”
The self-talk was overwhelming positive.
My yoga teacher invited us to apply the same kind of attitude toward ourselves on the mat.
Can we transition to poses with enthusiasm, joy, and confidence, even if we wobble?
If we fall or lose balance, can we just get back up with a smile?
How about if we adopt this attitude not just on ski trails or the yoga mat, but in our daily life?
As someone who only did things I felt reasonably good at, I missed out on a lot of life.
Luckily, that is changing.
In life, I allow myself to wobble, lose my balance, and fall.   And I have learned to  get right back up, instead of generating self-criticism and shame.

Feelings are natural. Feelings are normal.
Some are easier to recognize, regulate, and tolerate than others.
Most of us can easily list the feelings we like, and the feelings we would rather avoid.  Who wouldn’t choose joy over anxiety? The perennial pursuit of enjoyable feelings and avoidance of unpleasant feelings are what fuel addictions, overeating, and mindless screen time viewing.

Feelings, though, are just feelings. They are biochemical events that ebb and flow. Feelings do not last indefinitely. In the moment, though, it feels like they will last forever.

Emotional overwhelm may manifest as anxiety, anger, irritability, crying, or depression. It can appear in physical form, like a fast heartbeat, tension, or sweaty palms.

Here are three ideas for managing overwhelming feelings. These techniques will also quell the physical symptoms that accompany feeling overwhelmed.

BREATHE.  There are lots of wonderful breathing practices to help elicit the Relaxation Response. Conscious breathing activates the parasympathetic nervous system, whose job is to help us feel calm.  Try taking 10 slow inhalations and exhalations.  Make your exhalations longer than your inhalations. Perhaps inhale to a count of 4 and exhale to a count of 6. Inhale through your nose and exhale either through your nose or your mouth. Keep it simple.

PRESENCE. Another benefit to breathing consciously is that it brings us back to the moment. Overwhelm is associated with feeling pressured about something in the future. Slow down your breathing to slow down your mind. Bring yourself back to the NOW.

​Practice makes progress. Breathing more consciously, bringing mindful awareness to the present, and ensuring that your thoughts are adaptive and accurate will help you be an expert at managing overwhelming emotion.
I can’t guarantee it will make you a better surfer in the actual ocean.

Avoidant/Restrictive Food Intake Disorder (ARFID) has replaced Feeding Disorder of Infancy and Early Childhood.
The DSM-Vis the manual used for diagnosing psychiatric problems. It stands for The Diagnostic and Statistical Manual of Mental Disorders, Fifth Edition.  The Fifth edition has been out since May 2013 and includes changes to how eating disorders are categorized and diagnosed.

This post will address one of those changes, which the new diagnosis is called Avoidant / Restrictive Food Intake Disorder (also known as ARFID).

When people are diagnosed with any type of mental health disorder by a psychologist, it essentially means they meet diagnostic criteria set forth by the DSM-V, just as someone would meet criteria and be diagnosed with a medical problem like high blood pressure. An important goal of diagnosing specific disorders is to develop the best possible treatment plan and apply evidence-based interventions.

According to The DSM-V, ARFID includes:
A.An eating or feeding disturbance (e.g., apparent lack of interest in eating or food; avoidance based on the sensory characteristics of food; concern about aversive consequences of eating) as manifested by persistent failure to meet appropriate nutritional and/or energy needs associated with one (or more) of the following:
1. Significant weight loss (or failure to achieve expected weight gain or faltering growth in children).
2. Significant nutritional deficiency.
3.  Dependence on enteral feeding or oral nutritional supplements.
4.  Marked interference with psychosocial functioning.
B. The disturbance is not better explained by lack of available food or by an associated culturally sanctioned practice.
C. The eating disturbance does not occur exclusively during the course of anorexia nervosa or bulimia nervosa, and there is no evidence of a disturbance in the way in which one’s body weight or shape is experienced.
D. The eating disturbance is not attributable to a concurrent medical condition or not better explained by another mental disorder. When the eating disturbance occurs in the context of another condition or disorder, the severity of the eating disturbance exceeds that routinely associated with the condition or disorder and warrants additional clinical attention.

Can you say that in English please?
Basically, what the DSMV says is that individuals who meet the criteria for ARFID have developed some type of problem with eating. As a result of the eating problem, the person isn’t getting adequate nutrition. There are many forms the eating problem could take – trouble digesting certain foods, avoiding certain colors or textures of food, eating only very small portions, having no appetite, or being afraid to eat after an episode of choking or vomiting.

In my private practice, the most common form of ARFID I diagnose and treat is when a child is afraid to eat due to fear of vomiting. This usually develops after an episode of vomiting at a time or location that was embarrassing or frightening to the child.

Sophie (not her real name) felt sick at school a few months prior to her meeting with me for the first time. She had tried to ignore the nausea, and went to lunch in the cafeteria with her friends. When at the lunch table with her peers, she vomited. Everyone saw. She felt humiliated. As a result of the scene in the cafeteria, Sophie was afraid to eat because she worried she would throw up. Her friends and parents were worried because Sophie was losing weight and eating very little.

Kids with ARFID may have problems at school or work because of their eating issues. They may avoid lunch with peers, not get schoolwork done because of the time it takes to eat, or even avoid seeing friends or family at social events where food is present.

A good example is of a ten year old boy, “Luke”, who almost choked on chicken nuggets one time, and now refuses to eat any type of solid food. He can’t eat school lunches or even enjoy a taste of his favorite snack.

How is ARFID different from anorexia or other eating disorders?

People with anorexia or bulimia struggle with distortions in how they see their body. Kids with ARFID typically don’t FEAR weight gain and don’t have a distorted body image.

Filling in the gaps
Although ARFID is considered a new diagnosis, it is just a way of describing symptoms more specifically. A lot of people with eating disorders don’t “fit” perfectly into a diagnosis of anorexia nervosa or bulimia nervosa. Before the release of the DSM-V, clinicians would often give the diagnosis of Eating Disorder, Not Otherwise Specified (EDNOS). Unfortunately, if you say that someone has EDNOS, it doesn’t really give us much information about the person’s symptoms, other than that they have some kind of eating disorder.

In the past, before the DSM-V, kids with ARFID might have been diagnosed with EDNOS. They also could have been given another diagnosis called “Feeding Disorder of Infancy or Early Childhood” (although most clinicians didn’t use that diagnosis especially since one of its requirements was that the age of onset has to be before age six).
But what about children or adults with restrictive eating NOT related to fear of weight gain, who may or may not be a normal weight, and whose lives are impacted by their symptoms? This is where ARFID fills in the gaps and helps us to better understand those individuals.

As ARFID is officially a new diagnostic category, there is not much data available on its development, course, or prognosis. We do know that symptoms typically present in infancy or childhood, but they may also present or last into adulthood (especially if untreated).

It is possible that some individuals with ARFID may go on to develop another eating disorder, such as anorexia nervosa or bulimia nervosa, but again, no research is available yet to give a clear picture of what happens down the road for these individuals. We also are still learning about treatments for individuals with ARFID. Although research is just beginning, it is likely that behavioral interventions, such as forms of exposure therapy, may be useful. And of course, as in other eating disorders like anorexia or bulimia, treatment of underlying conditions such as anxiety or depression is crucial.

Many kids develop different or strange patterns of eating at some point in their life – refusing to eat vegetables for a few months, or wanting to eat only chicken nuggets for dinner – but for most individuals, the patterns eventually resolve on their own without intervention. For the small subset of individuals who have persistent or worsening problems with food ingestion, however, the introduction of ARFID means we are now able to better diagnose and describe their symptoms. This should result in better clinical outcomes. 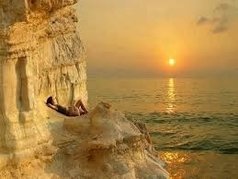 Note: I originally wrote this article as a guest blogger for the blog “personaldevelopmentcafe.com”

How to be Your Authentic Self in a Relationship

What/Who is your Authentic Self?

There are lots of definitions of Authentic Self. I think of our Authentic Self as who we really are, once the mask is removed. Psychologists believe there is not just one Self, but a collection of parts that together constitute different aspects of who we are. Ou r Authentic  Self is who we are at our core. We are spontaneous, comfortable in our own skin, and full of vitality when we are in our Authentic Self mode. You know that sense of feeling g totally free to be yourself, even if when that means showing vulnerability?  To have a partner with whom you can be yourself is vital to a healthy relationship.

Who/What is your Constructed Self?

For example, if when “Marissa” is on a date, she boasts about herself and gossips about others, she is likely in her constructed Self mode. She is acting in a way that helps her to feel approved of and liked.  Another example may be when “Lisa” spends the night drinking shots and playing beer games because she believes she has to in order to be popular and/or find a guy to date.

As Oscar Wilde said, “Be yourself. Everyone else is already taken” We are complex beings, each of us.

Awareness of  our own mental, emotional, physical, and spiritual selves can be a hilariously challenging prospect.

Balancing them requires humor and the ability to not take oneself too seriously.

So, the next time you see me standing on one leg (physical self) in tree pose,  smiling (emotional self) as I read (mental) a story of my favorite Remover of Obstacles, Ganesh (spiritual), you will see my wobbly four roomed home in action!

Balance is not static.

Everything in life is constantly changing.

Each moment of each day is an opportunity to better acquaint ourselves with the rooms of our home, all aspects of the Self.

Even or especially the rooms that have stains or something else you dislike are important to visit and air out.

No one else can do it the way you can.

​Take Ganesh along; He enjoys the journey!