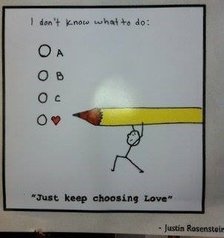 “How do I choose love if I hate myself?”, ‘Sherri’ (not her real name) asked me yesterday during her therapy session.

I said nothing but could feel my eyes soften and water slightly. (Who does not know that feeling?!)

She continued. “My stomach sticks out. I have a zit on my chin. The guy I hooked up with on Friday has not texted me back. He has posted stuff about other girls. All of them are prettier than I am. I feel like such a loser.”

Sherri looked down at the ground, shoulders slumped.

Her sense of disconnection from herself was palpable.

I asked, “Where in your body do you feel sensations”?

She looked at me puzzled. “What do you mean?”

“Ahhhh. Yes” I said quietly. I deliberately inhaled gently and audibly and exhaled in the same way. I invited her to take an inhale and exhale with me.

‘Notice now what you feel in your body’, I said softly.

“Wow. I actually feel my body!” she said, as she lifted her gaze and looked in my eyes.

​And then we began our session. 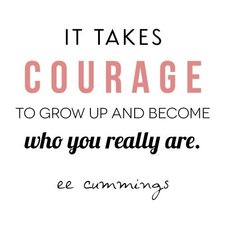 In a recent magazine interview, Ashley Judd spoke about her role in the movie Divergent. Based on the book series, the film is about a society that divides people into five factions, each based on a different virtue.  A decision has to be made at age 16 to remain in the faction one was born into or switch into another, for life.

I think we can all relate to that struggle. And not just during adolescence.

In Judd’s case, her mother (Naomi) and sister (Wynonna) were on tour much of the time. Judd moved in with her father, who often left Judd alone.

She credits psychotherapy with helping her to recognize the longing created by her mother’s and sister’s absence. (Yay, therapy!)

Today’s yoga class was filled with fit women wearing perfectly matched clothing. The Lululemon symbols were on every mat. Except for on my mat.

I was not wearing Lululemon. I don’t own any Lululemon, not even a headband.

I don’t agree with their philosophy and don’t want to support their company.  In my opinion, they practice weight discrimination and prejudice.

By not wearing what everyone else in the class was wearing, was I an outcast? Taken less seriously?

Maybe, by some. Maybe not.

As I get older I feel less concerned.

I am reminded of grade school days. Sometimes I preferred to spend recess in the library and not on the soccer field.

Even though I wanted to be thought of as athletic and cool, I also wanted to read and spend time being quiet.

So, today, after yoga class, when I stop by the library in my non brand name yoga wear, I smile at the Universe.

It is poetic how it all assembles, eventually. How we decide whichever faction we want to be a part of, whenever we want, and for whatever reason we want.

We really can choose.

​I choose limitlessness, because honoring all the different aspects of who I am is incredibly freeing.

Posted in Thriving As A Highly Sensitive Person
Leave a comment 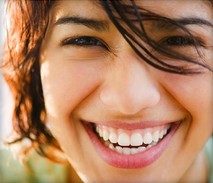 I was listening to a TED Radio Hour on happiness recently.  The host, Guy Raz, asked his guest, musician Pharrell Williams, to reveal the secret to happiness.

Here is what he said:  “I’m not some guy who’s walking around smiling every day.  We all have our ups and downs, lefts and rights, and diagonals.”

​This, from the man whose song “Happy” is a worldwide hit, and whose four minute video is so contagious it is almost impossible to watch without dancing or singing along.

What Williams seems to be suggesting is brilliant:  To think of happiness as the ultimate and ever-lasting goal is missing the point.

Consider the Declaration of Independence. The rights aren’t life, liberty and happiness.

What we get is the pursuit. The pursuit of happiness.

What does this mean? It suggests that happiness is an approach to life. Happiness is a mindset that includes moments of total joy, but is really about responding to ups and downs and diagonals with a commitment to health.

An attitude of happiness combined with the skills of resilience keeps us from being dragged down by everyday stressors.

As I write this post, I am singing Williams’ lyrics in my head:

“Here come bad news talking this and that. Well, give me all you got, and don’t hold back.  Well, I should probably warn you I’ll be just fine.  No offense to you, don’t waste your time Here’s why. Because I’m happy!
(Luckily, you can’t see me as I dance to the lyrics!)

Posted in Flourishing Despite Anxiety & Depression
Leave a comment